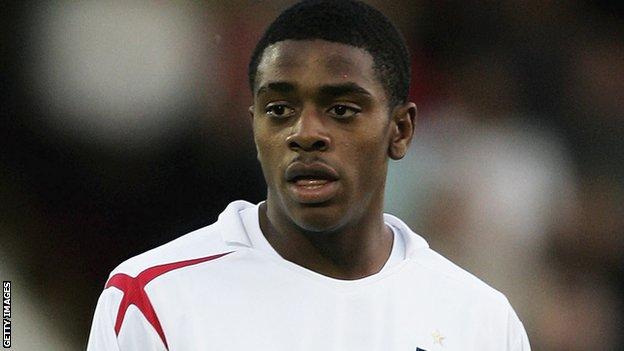 The 22-year-old forward left Ashton Gate in 2011 and spent last season playing for Portimonense in Portugal.

Plummer found the net in Saturday's friendly against Evesham, which finished 1-1, and impressed enough to earn a further trial period on their pre-season tour of Wales this week.

"I just want to come down here and get some minutes under my belt," he told BBC Gloucestershire.

After graduating through Bristol City's academy, Plummer was loaned out to Luton, Torquay, Hereford and Gillingham.

The former England U18 international opted to move to Portugal after failing to secure a regular first-team place under then manager Keith Millen.

"Mark [Yates, Cheltenham manager] talked to me when I was at City but I wanted to go abroad and see what else was out there," he added.

"Now that I'm back I want to get my head down and do as well as I can."

Yates fielded six trailists in Saturday's game but only Plummer has been invited to stay on for the rest of pre-season.