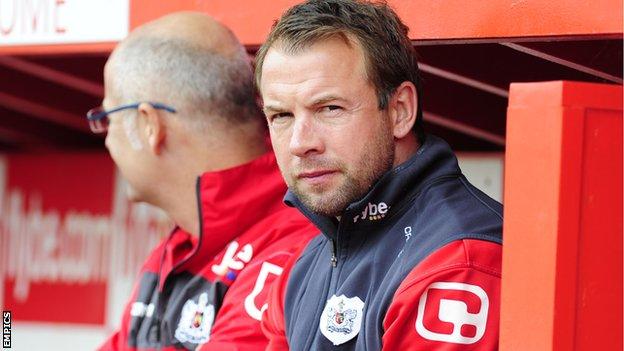 The 39-year-old, who has been working as first-team coach at Exeter, takes over from Jamie Fullarton who left to join Crystal Palace last week.

Stewart started his career at Rovers - his hometown club - and scored 79 goals in 207 games.

He went on to have spells with Huddersfield, Ipswich, Sunderland, Bristol City, Yeovil Town and Exeter.

Stewart decided to retire in 2011 and played his last game for the Grecians against Rovers at the Memorial Stadium.

He made 782 appearances during his time as a professional, scoring 254 goals.