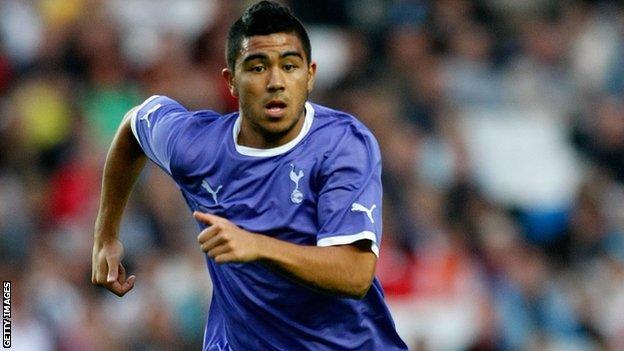 Ipswich have signed teenage midfielder Massimo Luongo from Tottenham on a season-long loan.

The 19-year-old Australian made his first-team debut for Spurs in a Carling Cup tie against Stoke last September.

He came on as a substitute in the second half but later missed from the spot as they lost 7-6 on penalties.

"Joining Ipswich on loan is a great opportunity for me and I'm looking forward to challenging for a first-team place," he told the club's website.

"From having a look around the stadium you can see that it's a big club and with this being my first loan deal, I'm excited to get going.

"I've been developing at Tottenham but I want to get a taste of first-team action and I'm hoping to get that experience here at Ipswich."

Luongo joined Spurs in January 2011 after a successful trial at White Hart Lane and worked under youth coach Brian Klug, who is now director of Ipswich's academy.

Although he has played twice for Australia at Under-20 level, he is also eligible to play for Italy or Indonesia - the countries where his parents were born.