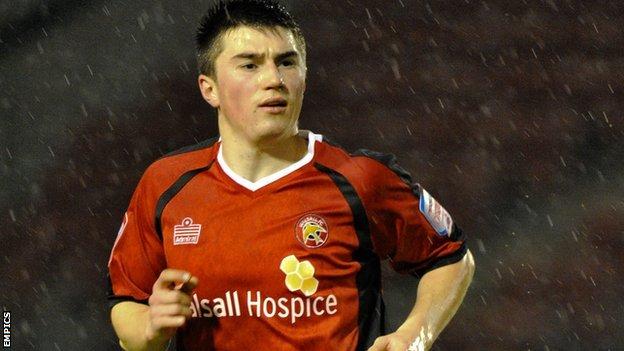 New Sheffield United signing Darryl Westlake says he joined the club because he is confident they can get promotion from League One this season.

The 21-year-old full-back moved to the Blades from Walsall last week.

"They're an ambitious club with fantastic facilities," he told BBC Radio Sheffield.

"As soon as I knew they were interested in me I jumped at the chance because I want to play Championship football and I feel I can do that here."

He added: "It must have been hard to miss out last season but we're all looking to the new season and looking to take that next step."

Westlake believes he has the ability to replace Matt Lowton, who left Bramall Lane for Premier League side Aston Villa earlier this month.

"I'm not daunted by it, I just need to focus on what I'm doing and my own game," he continued.

"I like to get forward and get involved with the attacking side of the game and I feel I can fit in well with how United play."