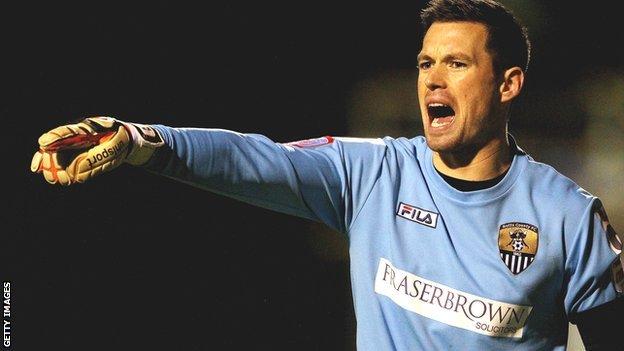 New signing Stuart Nelson says he has joined League Two Gillingham because he believes the Kent club is set up to play at a higher level.

The 30-year-old goalkeeper joined the Gills last week after being released by former club Notts County.

"I want to make progress and win things and I see the capability of doing that here," Nelson told BBC Kent.

"The club has done very well to get Martin Allen as manager and it's a great time to come here."

"He [Allen] is different but he gets results, he's an excellent man-manager who gets the best out of his players," said Nelson.

The Stroud-born Nelson played for FC Battledown, Cirencester College Football Academy, Doncaster Rovers and Hucknall Town before a £10,000 transfer took him to Brentford in February 2004.

Nelson also acknowledged that the arrival of Carl Muggleton as goalkeeping coach had been an important factor in his agreeing to sign a two-year deal at Priestfield.

"As a goalkeeper, the goalkeeping coach is your area manager, so to speak, and when I was at Notts Carl really kick-started my career - he's the best I've worked with."