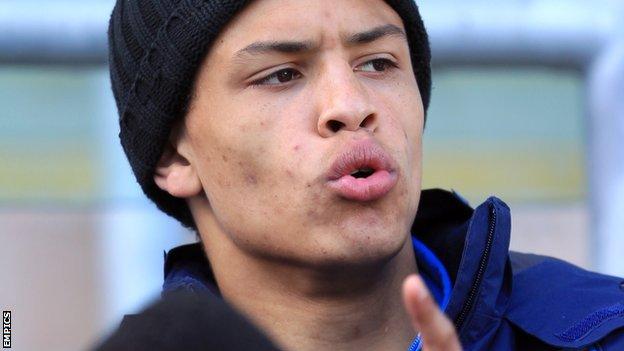 Peterborough have completed the signing of 18-year-old striker Jonson Clarke-Harris on a two-year contract.

He became Coventry City's youngest first-team player when he appeared as a substitute in a Carling Cup tie against Morecambe in August 2010, aged only 16.

He is big, strong and wants to learn

However, the Sky Blues decided not to offer him a new contract in May, allowing Peterborough to move for him.

"I have seen him at first hand and we felt it was a bit of a no-brainer for us," said Posh boss Darren Ferguson.

"He has an extremely powerful left-foot, he is big, strong and wants to learn.

"For his age, he is physically a man already and he has good pace and strength.

"We just need to teach him how we want to play, but we are happy to have him on board," he told the club's website.