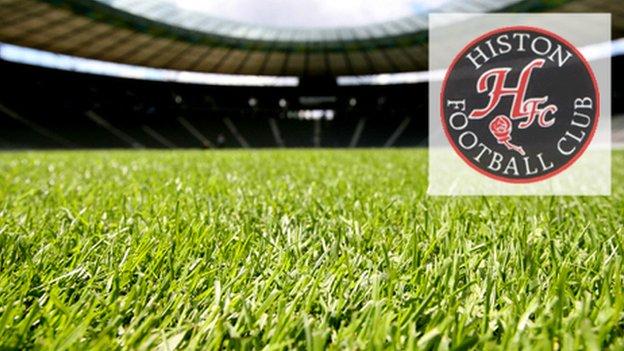 Brian Page is to stay with Blue Square Bet North side Histon FC despite being overlooked for the manager's job.

Page was set to succeed David Livermore but failed to agree terms and refused to oversee training.

Instead, the board last week appointed ex-St Neots boss Dennis Greene - but Page is to stay on as youth coach.

We maybe announced it too early without finalising those finer details, and that's something both myself and the club can learn from

"The board made their decision, I'm happy with that and I'm just going to get on with the job I've been asked to do," he told BBC Radio Cambridgeshire.

But following last week's change of mind, the board said they were unable to make the "financial commitments" to Page that he required.

They also admitted to having "made mistakes" in the way news relating to the appointment of the new manager was communicated.

However, Page said he accepted his share of responsibility for any confusion caused.

"We maybe announced it too early without finalising those finer details, and that's something both myself and the club can learn from," he commented.

"The scholars, the youth players, are the bread and butter of what this club stands for.

"I still believe it's the way forward for the club to try and produce as many (of its own players) as it can so I'm happy to continue with my role and hopefully next season you'll see a few more young players come through," Page added.