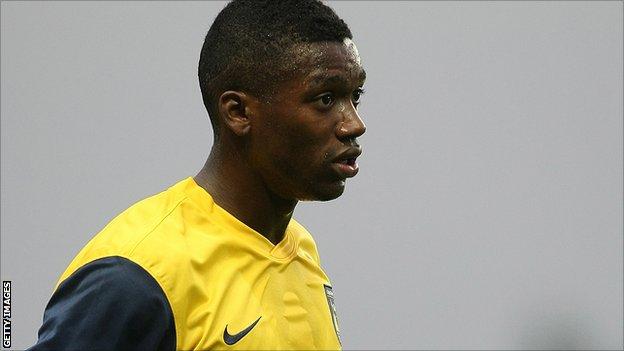 Oxford United striker Jon-Paul Pittman says the club's pre-season trip to the United States will be a great chance to build team spirit within the squad.

"Going on a trip like this helps us bond," Pittman told BBC Radio Oxford.

Triallists and new faces at Oxford

"Whenever new players come in they are made to feel very welcome and that's the great thing about this squad.

"I remember being on trial and it's not easy, but the lads who have come in have done a good job."

For Pittman the trip is a chance to return to his place of birth, and the 25-year-old says the three games they have planned will be a huge test for them.

"It's an up and coming place for football so a lot of club's are going out there because it's more competitive now," he said.

"Teams in America are quite physical and aggressive and technically they are good and it won't be a walk in the park."

Manchester United defender Sean McGinty will remain in the UK but is expected to sign on loan when Oxford return, while Adam Chapman is the one absentee from the senior squad due to visa problems.