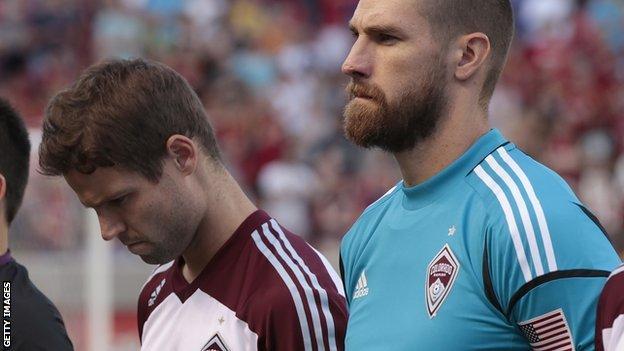 The Aurora shooting tragedy will be marked by Swansea City's hosts in their opening pre-season tour match in the United States.

Colorado Rapids play at a stadium a little over 10 miles from the cinema in Aurora where a gunman killed 12 people and wounded 58 more.

Rapids players will wear black armbands and a minute's silence will be observed at Dick's Sporting Goods Park.

A Rapids spokesman confirmed: "The team will be wearing black armbands in our match and we will also observe a moment of silence prior to the match, in remembrance of the victims of the tragedy in Aurora."

A minute's silence was also held on Saturday ahead of the Rapids' 2-0 Major League Soccer defeat by Real Salt Lake at Rio Tinto Stadium, Sandy, Utah.

James Holmes, 24, has appeared in court accused of the attack at the Century 16 cinema complex near Denver.

The victims included Jessica Ghawi, an aspiring sports broadcaster, who had survived another shooting a month earlier in Toronto, Canada.

Holmes is alleged to have opened fire during a packed midnight screening of new Batman film, The Dark Knight Rises, before being detained outside the cinema.