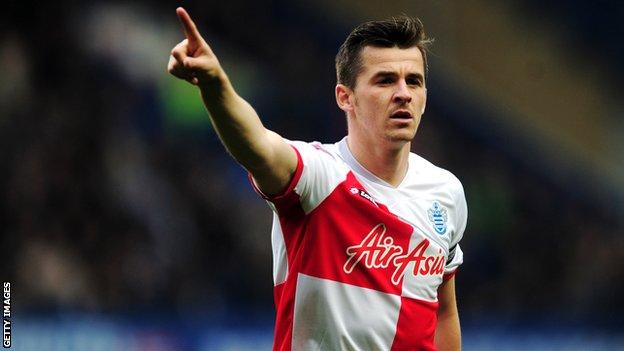 The 29-year-old was sent off on the last day of last season at Manchester City and has been banned for the first 12 games of the new campaign.

Barton will train in Lancashire from Thursday after being left out of QPR's tour of Malaysia.

"Looking forward to training with Fleetwood for the week," he tweeted. "Will get a much needed sweat on."

He knows several Fleetwood players from his younger days and has a close friendship with Cod Army forward Andy Mangan.

Barton added: "Still have three years left at QPR. Exciting times for the club, which I intended to be a part of. Need to get some fitness in the meantime.

"Fleetwood are a young club going places. Five promotions already in the last few years. If I help some of their young players, great.

"Training with them will certainly help me with my short-term fitness and my plan on being as fit as possible during my 12-game ban."

Why was 2011-12 Fleetwood's most successful season? Declared Blue Square Bet Premier champions with two games remaining and reached the third round of the FA Cup after knocking out Football League clubs Wycombe and Yeovil

"Talk of him signing on loan is a long shot," Madden told BBC Sport.

"I'm sure avenues have been looked at, but as far as we're concerned he's just coming to get himself fit.

"I've no idea why he wants to come to Fleetwood. I'm sure he would have had other offers. It's a big coup for the club."

Barton received his final-day red card for an off-the-ball tussle with Carlos Tevez and his subsequent clashes with Sergio Aguero and Vincent Kompany ensured a lengthy suspension.

He was also stripped of the QPR captaincy.