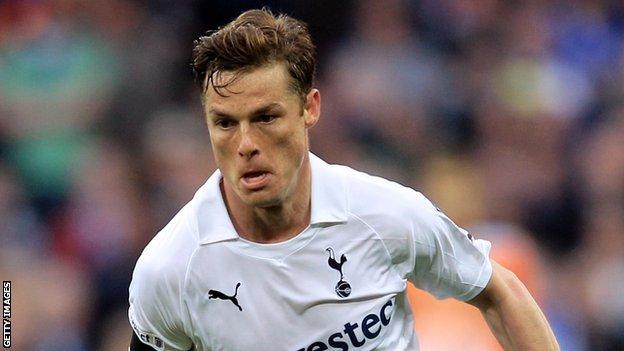 Tottenham midfielder Scott Parker will miss the start of the season after having surgery on an Achilles injury.

The 31-year-old is expected to return to training after the international break in September.

He sat out several Spurs games towards the end of last season because of the problem, but started every England match at Euro 2012.

Tottenham kick off their Premier League campaign at Newcastle United on 18 August.

Parker will also miss against Moldova on 7 September and Ukraine on 11 September.