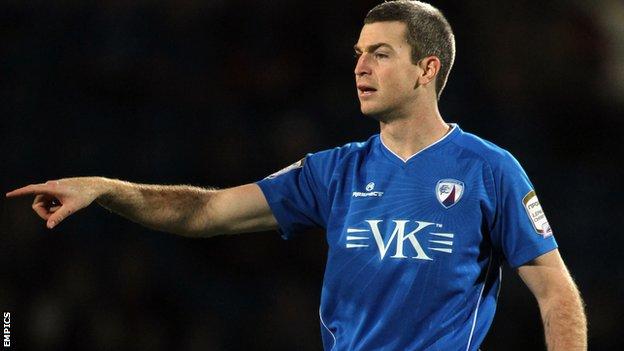 The Australian played for his country at youth level and made 184 appearances for Chesterfield from 2004 to 2012.

Torquay have been looking to sign an experienced centre-back since Mark Ellis moved to Crewe last month.

Downes suffered knee injuries that kept him out for much of 2010 and 2011.

"He was going to be a massive product at Chesterfield but has suffered a couple of bad knee injuries," Torquay manager Martin Ling said.

"These have definitely thwarted his career in terms of where he wanted to go and he is looking to rebuild.

"He needs someone to take a punt and that is the right word for a player who has suffered two cruciates, but we're very confident he will be fine.

"He was available for most of last season and I've spoken to a lot of people about him, and all I've heard has been positive.

"I watched him play for Yeovil in pre-season and they wanted to take him, but as a cover player rather than a starter. I've told Aaron I'm looking for a left-sided centre-half and he has played 90% of his football in that position, even though he is right-footed."