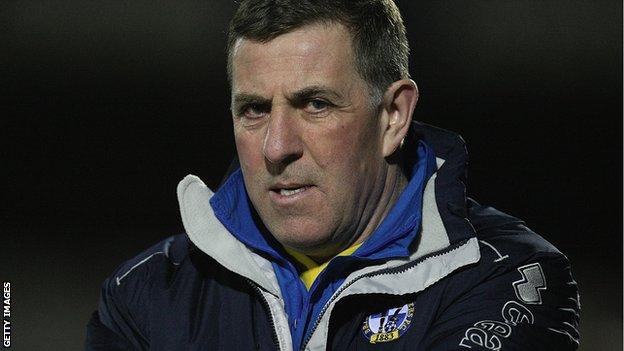 Bristol Rovers manager Mark McGhee has revealed he is using his contacts in Germany to target potential signings.

His friendship with former Hamburg team-mate Felix Magath, manager of Bundesliga side Wolfsburg, has led to young winger Fabian Broghammer coming on trial at Rovers this summer.

Striker McGhee played for Bundesliga side Hamburg for the 1984-85 season, scoring seven goals in 30 games.

McGhee told BBC Radio Bristol: "It's good to be able to tap in to it, along with one or two other contacts.

"This lad isn't going to play for Wolfsburg but he looks a player."

Broghammer, 22, played for Germany at Under-19 level and has also had experience in the top-flight with Hoffenheim.

"I want to see him a little bit more," continued McGhee.

"The agreement I have with him is that he'll stay for the pre-season games. Beyond that, we'll sit down with him and make a decision as to whether we think he can be an asset for us."

The Scotsman added: "I also have a friend who I played with in Germany and I'm hoping to have his son over.

"He's been at Nuremburg and got an injury, so fancies a shot in England to get back to his best."