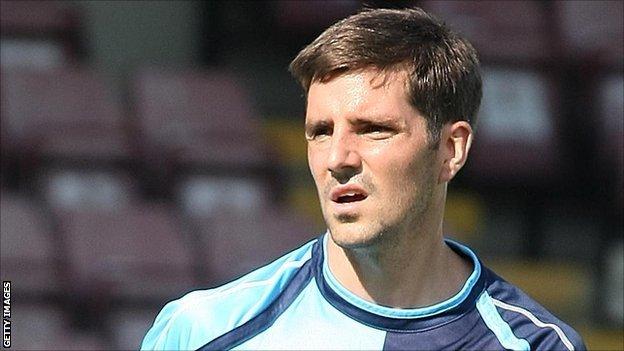 The former Wycombe striker, 32, accepts he faces a tough challenge to establish himself in manager Martin Allen's starting line-up.

Strevens told BBC Kent: "It will be hard, but that's how it has to be if you want to compete at the top end of the table.

"Every player knows they will have to have a very good pre-season to figure."

New manager Allen has brought in a number of new faces during the close season, and more may follow.

Strevens, who played under Allen at Barnet earlier in his career, said he had already seen enough to think Gillingham could have "a very good season".

"Pre-season has been one of the hardest I've done, and I certainly feel we're going to be as fit and strong as anyone else in this league," he said.

"Coming here you could see straight away they're quality players, and you'd have to have a very good pre-season to get in the starting line-up - and that will only help the group in general."

Strevens admitted he was disappointed to be one of a large group of players released by Wycombe following the Chairboys' relegation last season.

"In the summer it was quite tough - there were a lot of players out there without contracts," he acknowledged.

"You're having to go to the gym by yourself and doing stuff by yourself, but I was working hard and thankfully I'm not too far behind.

"Talking to a few of the other boys who've been out of contract this summer, it seems clubs have been showing an interest but not really going through with it, so as soon as I knew the gaffer really wanted me here it was a massive factor in getting the deal done."