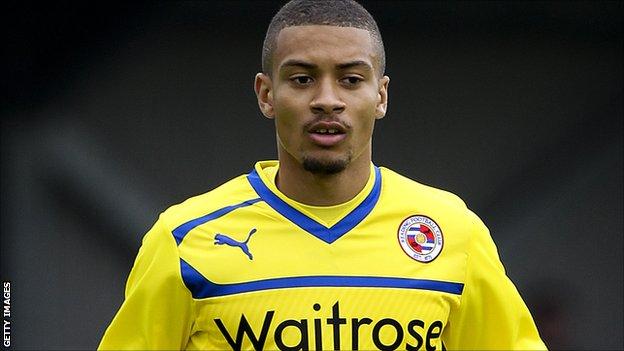 Hector, 20, came through the youth ranks at Reading and has had loan spells at Bracknell Town, Havant & Waterlooville and Barnet.

"We are pleased that we have managed to get Michael on board. It'll be a youth loan which will be reviewed after six months," said Town boss Graham Turner.

"There were a number of other clubs interested in taking him on loan."

Hector made 31 appearances for Barnet last season but is yet to make his Reading debut.

"The pleasing thing for me is that Reading wanted him to come to us and Michael was more than happy to join," added Turner.

"He can play in the centre of defence or in central midfield if needed.

"Reading think highly of him and think he has the potential to become a regular in their first team so it will be good to have a player of his calibre in our squad."