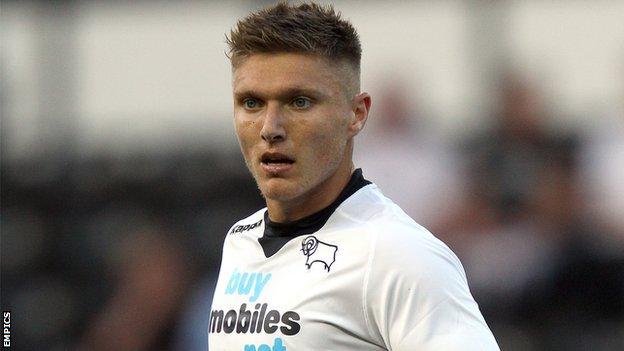 Jeff Hendrick's wrist injury is not as serious as first feared and he should be fit for Derby County's opening game of the Championship season on Saturday.

Hendrick was hurt during in Saturday's friendly with Chesterfield.

But an X-ray has revealed he has not broken his wrist and he is likely to wear a cast against Sheffield Wednesday at the weekend.

Boss Nigel Clough told BBC Radio Derby: "He is seeing a wrist specialist with a view to having a light splint fitted."

Hendrick, who established himself as a key player for Derby last season, has been ruled out of the Republic of Ireland's midweek Under-21 European Championship qualifier and the Rams' Capital One Cup first round tie against Scunthorpe.

Clough added: "He fell awkwardly and was in a bit of discomfort over the weekend.

"He won't train until later in the week but the main thing is getting him ready for Saturday."