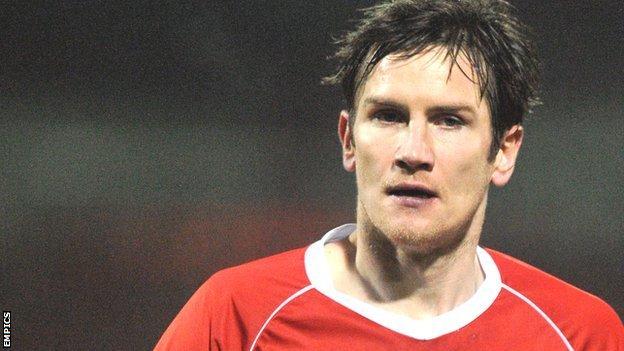 He left the Gresty Road club in 2007 but returned in 2010 and made 86 appearances in his second stint before leaving this summer.

"I'm delighted to be signing. Not many people make three debuts for one club. I can't wait," said Bell.

"It's been a long summer. I had interest from the SPL and possibilities of moving down to London, but I didn't really fancy that so it had been an uncertain summer really."

Bell was released by the Railwaymen in the summer despite helping them win promotion to League Two via the play-offs.