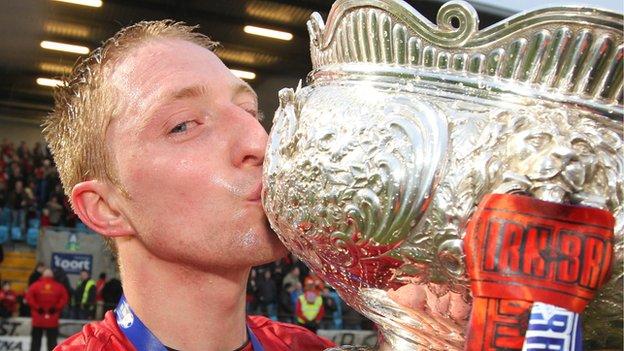 Crusaders will start their defence of the League Cup with a second-round clash against Glebe Rangers or Larne at Seaview on 27 August.

Linfield face Ards or Annagh United in their opener while Glentoran will take on the PSNI or Chimney Corner.

There are 10 first-round games before Premiership clubs enter the competition in the second round.

Premiership newboys Ballinamallard start against Newtownbreda or Warrenpoint Town while Glenavon await the winners of the first-round game between Sport & Leisure Swifts and Wakehurst.

The third round round will be played on 9 October, followed by the quarter-finals on 5 November, semi-finals on 11 December and the final on 26 January, 2013.

Crusaders won the trophy last season thanks to a 1-0 victory over Coleraine in the decider.

Midfielder Chris Morrow scored the only in the Ballymena Showgrounds game in January.