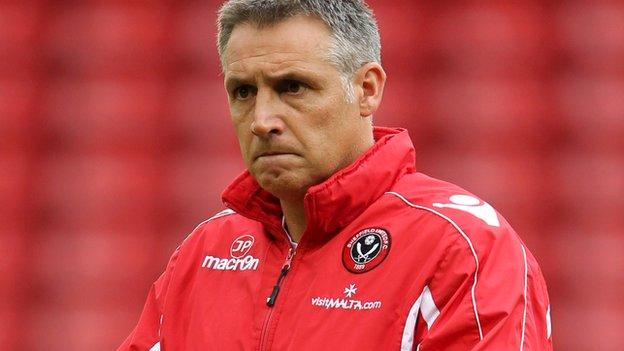 BBC Radio Sheffield understands he will now meet with the League One club.

Sean O'Driscoll left the Red Devils to take over at Nottingham Forest last week, without managing them in a competitive fixture.

Pemberton's only previous managerial experience was in a caretaker capacity at Forest in 2008/09.

During his time with the Blades, the 47-year-old led them to the FA Youth Cup final against Manchester United, losing out 6-2 on aggregate.

Prior to joining the Bramall Lane club in the summer of 2010, he helped Crystal Palace maintain their Championship status in 2009/10.

Aldershot boss Dean Holdsworth turned down the chance to speak to the Broadfield Stadium side on Tuesday.