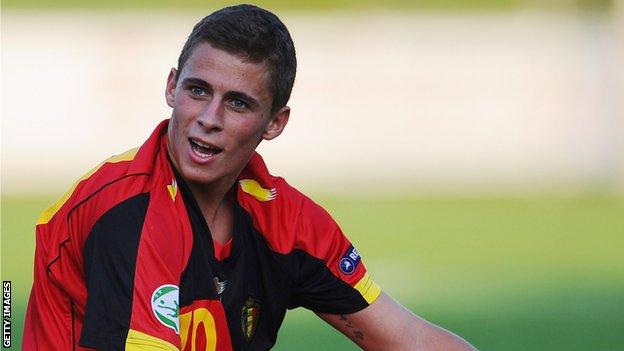 Thorgan Hazard will join his older brother Eden at Chelsea after he signed from Lens for an undisclosed fee.

He follows Eden, 21, who joined Chelsea for a reported £32m from Lille in June.

Thorgan will train with Chelsea's under-21 squad in pre-season but a loan move would be considered, according to the club's official website.

Meanwhile, striker Fernando Torres expects the Blues to challenge for the Premier League title this season.

Torres, 28, told his personal website, www.fernando9torres.com: "I would love to win a Premier League.

"Hopefully it will happen this year, but for sure we will be challenging for it."