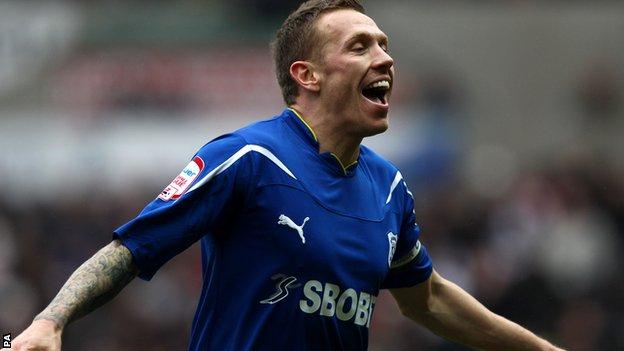 Rangers vice-chairman, Amit Bhatia, says there is the possibility they could make an offer to Liverpool for the 33-year-old.

"Craig is definitely a name that has been mentioned, a name we've discussed. There are a few options," Bhatia said.

"We have been a fan of Craig Bellamy for the last few years, ever since he became available."

Bellamy played for home-town club Cardiff on a season-long loan spell in 2010-11 after being marginalised at Manchester City.

The forward was eventually sold to Liverpool and has one year left on a two-year deal at Anfield, his second spell with the Merseysiders.

Many names have been tossed about, and who [QPR manager] Mark Hughes settles on eventually will be his

Bellamy's stock is high after being picked as one of three over-age players to represent Team GB at the Olympics.

Liverpool manager Brendan Rodgers, the former Swansea City boss, has expressed his desire to keep Bellamy, while Cardiff chief executive Alan Whiteley said in June they "would love to talk" to Bellamy if he became available.

But the lure of linking up again with his former Wales and Blackburn Rovers boss Mark Hughes could prove attractive to Bellamy.

Rangers are also likely to be able to offer Bellamy more first-team starts than Liverpool, while the Londoners also have the carrot of Premier League football to dangle ahead of Championship side Cardiff.

"Many names have been tossed about, and who Mark settles on eventually will be his, and we'll do our best to support him," Bhatia added.

"It would be hard to speculate at this point. It's not the right thing to do. Mark likes to have a long list of players, we'll see what happens.

"Many of the players we are after potentially have interest from other clubs also."