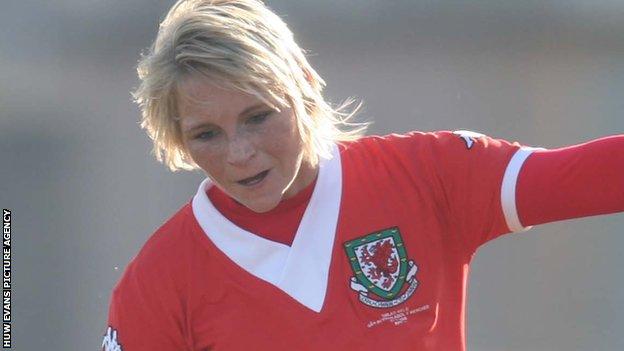 Wales captain Jess Fishlock will support Team GB in their opening Olympic match against New Zealand at Cardiff's Millennium Stadium but is disappointed there are no Welsh women in the squad.

That leaves midfielder Fishlock forced to spectate on Wednesday.

"It does feel like a whole nation has been completely taken out of the equation," she said.

"Especially as two of [Team GB's] games are in Wales.

"But the other side of that: you want to pick your best squad, not that Wales shouldn't be in there."

How they qualified: The Football Ferns beat Papua New Guinea 15-0 over two legs in the Oceania Women's Olympic Qualifier Final

One to watch: Amber Hearn

How they qualified: Beat Nigeria on penalties to become one of two teams qualifying from the CAF group along with South Africa.

One to watch: Francoise Josephine Bella

How they qualified: Won the Women's South American Tournament with a round to spare when beating Colombia 5-0

One to watch: Marta

Fishlock, who plays for Bristol Academy and is the Football Association of Wales' player of the year, made it clear she felt rejected but is now philosophical after failing to make the original squad when it was announced in April.

"It is disappointing that there is no [Wales] representative in there. It is what it is.

"The team has just been picked, apparently, on form and it comes down to one person's opinion and that's the way that it is.

But Fishlock believes the squad should have representatives from all four countries in the UK to help the promotion of women's football.

"I think there was a bigger picture to the Olympics that should have been taken into account, especially with women's football. We are trying to promote it and make it bigger," insisted Fishlock.

Fishlock is confident Team GB will do well in the Olympic tournament, which sees them in a group with New Zealand, Cameroon and Brazil.

"Let's not get away from the fact that Team GB are still a great side, still have great players and they can actually do really well," she said.

"After playing against some of these girls and watching them play, I just hope they go out and play the way they can, because if they play with enjoyment and play how they want to, they can go on and win it."

"I'm going to be there with my Union [Jack] flag."