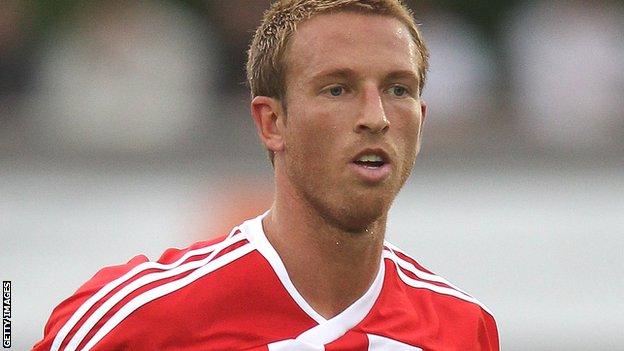 The 31-year-old, who can play at full-back or centre-half, played only three times for the Potters last season.

However, the defender had loan spells with Ipswich and West Ham, and helped the Hammers achieve promotion to the Premier League.

We have not had contact with Jermaine, so that is something at the minute that is just speculation

"We're delighted to bring a player of Danny's experience and calibre to the club," chairman Omar Al-Hasawi said.

"We are sure he will prove to be an excellent addition to the squad Sean O'Driscoll is assembling for the challenges that lie ahead."

Collins is new Forest manager O'Driscoll's second signing since his appointment, following the capture of Adlene Guedioura from Wolves.

And O'Driscoll is still looking to add to his squad before the start of the new season.

The former Crawley Town boss O'Driscoll has confirmed he is looking at the possibility of signing Doncaster Rovers duo James Coppinger and George Friend, as well as Ipswich defender Damien Delaney.

"We are throwing our hat in the ring and we'll see what we get out," O'Driscoll added.

"We are talking to a number of players. This is an attractive club for people to come to."

Another name being linked with a return to the City Ground is midfielder Jermaine Jenas.

But O'Driscoll, who held his first media conference as Forest boss on Wednesday morning, said the club have not held talks with Jenas but did not totally rule out a move for the Tottenham player.

"If good players became available and this is the same old bland answer," O'Driscoll continued.

"We have not had contact with Jermaine, so that is something at the minute that is just speculation."