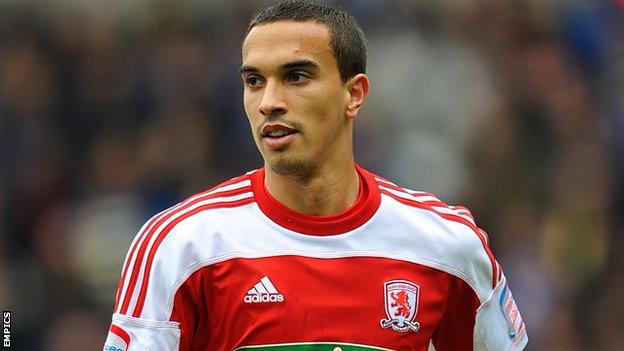 The 24-year-old has progressed through the Boro youth system and made 51 appearances since his goal-scoring debut in the FA Cup in January 2007.

The ex-England Under-19 international has suffered numerous injuries but played 21 games in a row last season.

"From our point of view it's a reward for Seb's consistent performances last year," said manager Tony Mowbray.

"In recent years he has a lot of injuries, but he showed the quality he possesses when he got a run of games last year. He played his part in a defensive unit that functioned well.

"We're looking for him to continue in a similar vein and to compete with the centre-halves we have at the club. We also want him to help the team remain defensively strong."

Since making his debut in 2006, Hines has been restricted to just 51 appearances for Boro, but he is delighted to have been given a chance at the Riverside.

"In my career I've had more downs than ups, I've had a lot of injuries to deal with and come back from," Hines said.

"For the manager to have so much faith in me and wanting me to sign is massive for my career.

"Now we can move on and try to get into the Premier League. It's massive when the manager shows faith in you."