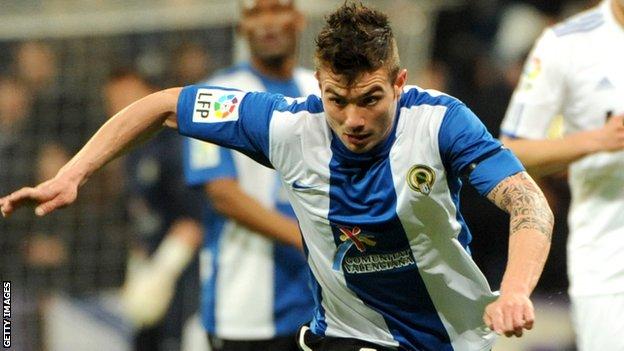 Blackpool have completed the signing of Portuguese midfielder Tiago Gomes on a 12-month deal after a successful trial.

The 26-year-old came through the ranks at Benfica and spent time in the lower leagues in Portugal.

After loan spell at Steaua Bucharest he joined Spanish side Hercules in 2009 and helped them win promotion to La Liga in his first season at the club but left this summer.

Isaiah Osbourne and Jake Caprice have already moved to the Championship club.