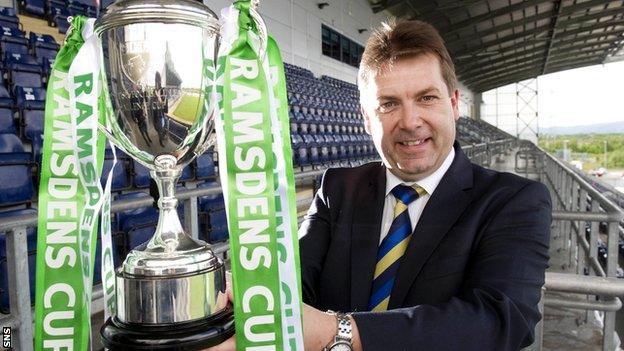 BBC ALBA and the Scottish Football League have agreed a new three-year broadcasting deal for coverage of the Ramsdens Challenge Cup.

The new agreement extends the partnership that has existed between BBC ALBA and the SFL since 2008.

The Gaelic language channel's coverage of this season's tournament begins on Sunday when Brechin host Rangers.

SFL chief executive David Longmuir said: "We are delighted to have reached this agreement with BBC ALBA who have supported the Scottish Football League since the channel launched in 2008.

"The coverage which the channel provides has helped to bring Scottish football at community level to wider audiences not only in Scotland but throughout the UK. We look forward to continuing our relationship with BBC ALBA for the next three years."