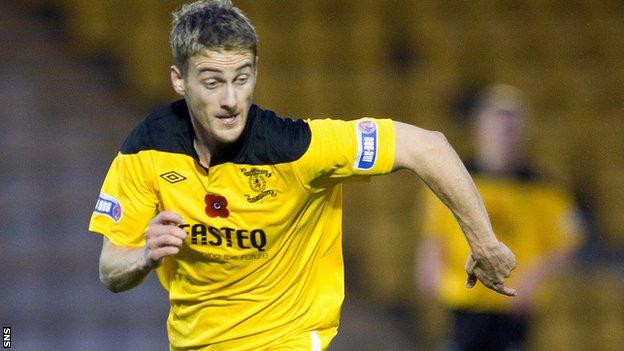 The 24-year-old from Sheffield scored 12 goals in the First Division last season, with 10 of those coming in the final eight games.

He had a brief trial with Hearts before moving on to Rugby Park, where he has impressed manager Kenny Shiels.

Dieter Van Tornhout, Danny Buijs, Zdenek Kroca and David Silva have all left, while Mahamadou Sissoko, Ben Gordon and Lewis Toshney have gone back to their parent clubs after loan spells.

Dean Shiels continues to train with Killie but the manager's son looks certain to move on.

Meanwhile, first team and management staff will lend their support as the club aim to improve on the 2,500 season tickets sold so far.

Fans who have held a season ticket in the last three years will be contacted over the phone in a bid to increase sales.