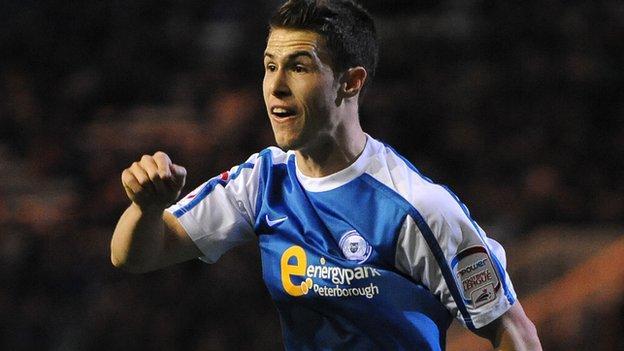 Peterborough defender Tommy Rowe will be out of action until October because of a fractured left collarbone.

The 23-year-old, last season's Player of the Year, was hurt during the second half of the Championship club's 6-0 friendly victory over St Neots.

"Unfortunately, due to the type of fracture, he will be ruled out to October."

Rowe is currently manager Darren Ferguson's first-choice left-back after beginning his career as a midfielder.

He has made 124 appearances for the club since joining them from Stockport County in May 2009.