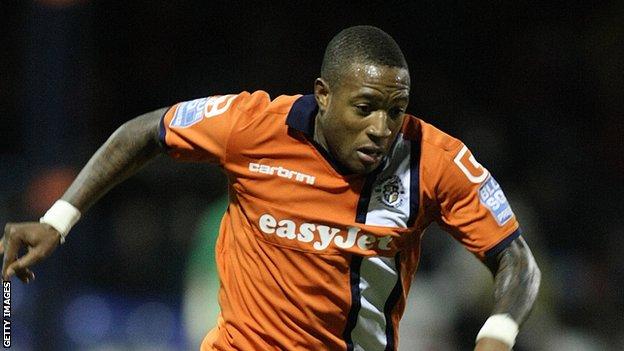 Newport County have recruited striker Aaron O'Connor after he was released from his contract at Luton Town.

The 28-year-old will team up with his former manager Justin Edinburgh, who brought him to Grays Athletic in 2007.

O'Connor has signed after a 12-month stint at Luton, where he made 37 appearances, scoring seven goals.

He will be the third striker Newport have signed in the close season after bringing in Danny Crow, also from Luton, and Ryan Charles.

Ex-Norwich trainee Crow was released by Luton in May after scoring 16 goals in 40 starts, while Charles makes his loan to County move permanent.

Both sign a one-year deal as Blue Square Premier side Newport, who have already signed experienced frontman Jefferson Louis, bid to replace the departed Elliott Buchanan.

O'Connor joined the Hatters on a free transfer in the summer of 2011 following his departure from Rushden & Diamonds.

Luton agreed to cancel his contract in July, allowing him to seek other opportunities.

"Luton Town would like to take this opportunity to thank Aaron for his services and consistent effort during his time at Kenilworth Road," said a club statement.

The signing of O'Connor comes just a day after Newport beat Bristol Rovers 2-0 in a friendly on Tuesday night to celebrate their permanent move to Rodney Parade.