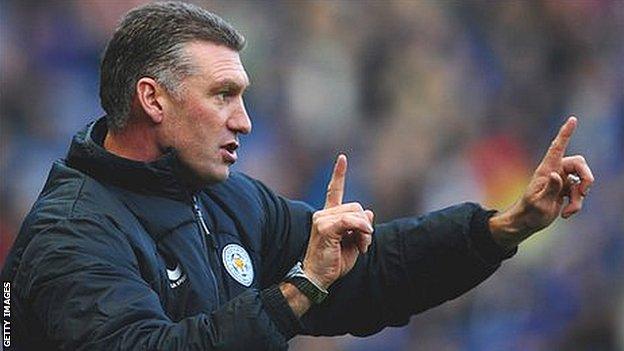 The Foxes beat Hinckley 4-1 in a pre-season friendly on Tuesday night.

Pearson told BBC Radio Leicester: "I am very pleased with the squad and not just how they are shaping up, but in terms of the make up and balance.

"The chemistry in the dressing room is very, very positive. The players take an awful lot of credit for creating what is a very positive environment."

Pearson continued: "They are working hard and they are realistic. They realise there is competition so they're is a bit of an edge to it as well, which I want."

Asked whether he plans to add any more players to his squad before the new season begins, the Foxes boss said: "We will try and add if we can, if the right players are available."