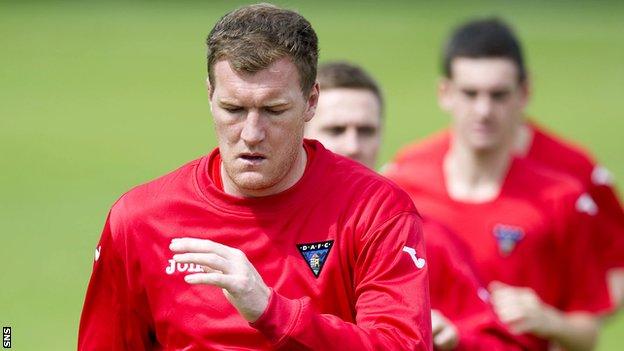 Former Hearts striker Kevin Kyle is training with Rangers having done so with St Johnstone earlier this week.

Free agent Kyle left Tynecastle in March as he continued his recovery from hip surgery and had briefly trained with Dunfermline during pre-season.

Ian Black, a former Hearts team-mate of Kyle's, and Craig Beattie, who had a short spell at Tynecastle last season, have also been training with Rangers.

They want to take over the old Rangers' licence to play competitive matches but have yet to finalise an agreement with all interested parties, including the SFA, Scottish Premier League and Scottish Football League.

St Johnstone manager Steve Lomas said earlier this week he was still waiting to know what his budget would be for the new season and still hoped to add "four or five" players to his squad.

"A fit Kevin Kyle would certainly be an asset to any club," the Saints boss told BBC Scotland.

Capped 10 times for Scotland, he spent much of his career in English football before joining Kilmarnock in 2009 and Hearts the following year.

He left the Tynecastle club 14 months later by agreeing an early termination of his contract and has spent the summer working on his fitness.