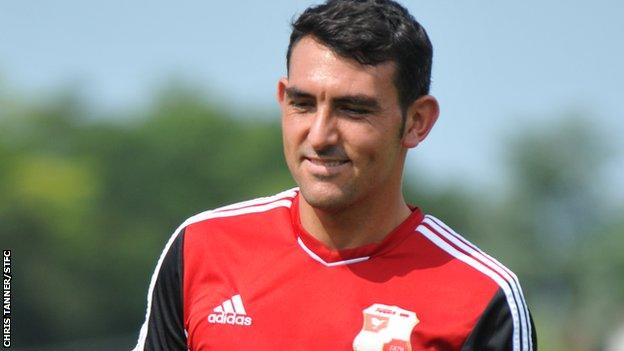 Midfielder Gary Roberts says Swindon Town will not settle for anything less than winning the title this season.

After claiming the League Two crown in May, manager Paolo Di Canio publicly stated his intention to secure back-to-back promotions.

And Roberts, who helped Huddersfield reach the Championship via the play-offs last season, told BBC Wiltshire: "We're setting out to win it.

"I don't think anyone is dismissing the fact that's what we want to do."

The 28-year-old continued: "If you go up second or through the play-offs, then that's OK.

He added: "We want that number one spot."

He was released by the Terriers four days after their victorious League One play-off final against Sheffield United at Wembley, and signed for Swindon a month later.

After spending six weeks with the club on their pre-season campaign, Roberts admits: "It's the hardest pre-season I've done since I started playing football.

"It's the manager's way to work you hard so you're prepared fully for the season.

"I feel fit and sharp so hopefully it benefits me."