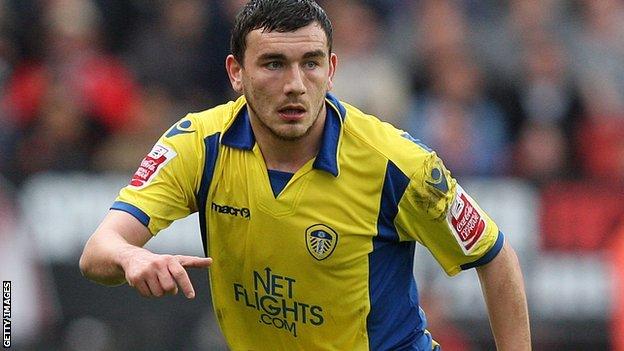 The striker left the Leeds training base in Cornwall earlier this week to hold talks with the Canaries.

"He is a player I have admired for a number of years now and he's at a good age at 24," Norwich manager Chris Hughton told the club website.

"He's also got that international experience with Scotland and is used to playing in big matches both with his country and at Elland Road."

Before the deal was finalised, United boss Neil Warnock said: "Negotiations [over a new contract] have been going on for weeks.

"I was hoping he would have had a change of heart and I can honestly say that in all my time in football, I've never worked as hard in trying to keep a player.

"He was offered the best contract, the captaincy, and we would have built a team around him so I am very disappointed.

Norwich are also in talks to sign Sunderland defender Michael Turner, who