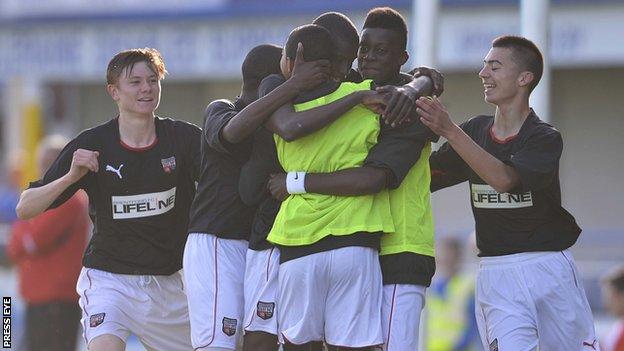 Brentford prevented an all-Merseyside Junior decider at the Milk Cup as they defeated Liverpool 5-4 on penalties after the semi-final had ended 1-1 on Wednesday evening.

Derlan Bento and Matheas Lopes scored first-half goals for the Brazilians with Bruno Conceciao adding the third in the second half.

BBC TWO Northern Ireland will have live coverage of the finals night at the Ballymena Showgrounds on Thursday from 19:00 BST.

Queen of the South 3-1 Hapoel Haifa