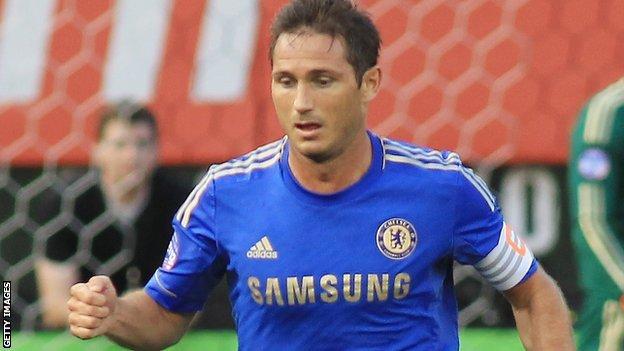 Chelsea midfielder Frank Lampard wants to extend his contract with the club beyond its expiry next summer.

The 34-year-old is keen to hold talks about staying at Stamford Bridge but says the decision is down to the club.

"I'm ready to sit down and talk whenever they want to, but it's not the same as when you are 25," said Lampard.

"Then they come to you or you knock the door down with a couple of years to go to extend it. When you get into your thirties you accept it's not that way."

Lampard is currently with Chelsea on their tour of the United States but may see his opportunities of first-team football limited this season with the club signing midfileders Marko Marin, Eden Hazard and Oscar this summer.

He added: "Chelsea will always be my club regardless of what happens now in terms of my playing days.

"I'd love to be able to offer the hand of experience and just be a presence there. But, in playing terms, I do need to feel I can do it. I wouldn't be fulfilled if I wasn't."