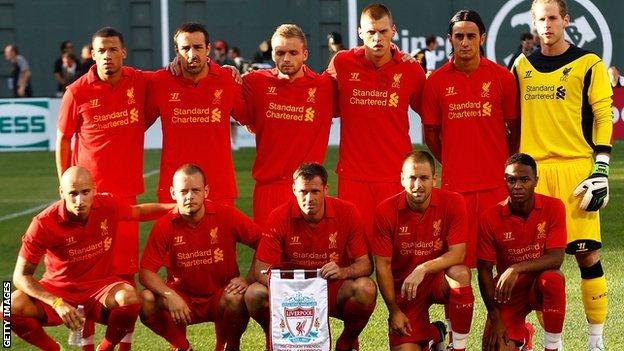 Northern Ireland defender Ryan McLaughlin made his debut for Liverpool in a 2-1 friendly defeat by Roma in Fenway Stadium on Wednesday night.

The 17-year-old started in Boston alongside Jamie Carragher and Joe Cole after being invited by new manager Brendan Rodgers to join the seniors on the pre-season tour of the USA.

The former Glenavon fullback signed a three year contract at Anfield in 2011.

He played 12 times for the club's reserves last season.