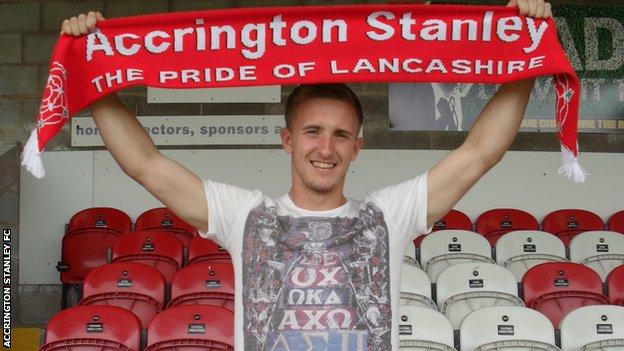 The 20-year-old was released by Huddersfield this summer after coming through their youth system.

Chippendale had a stint last season in the SPL at Inverness and also spent time at York City on loan.

"I'm hoping to really kick on from here, making starts and getting in the team week in, week out and keep pushing," he told BBC Radio Lancashire.

"When I did come on trial, I never felt like a trialist, the lads all made me feel welcome and I felt like I was part of the squad.

"As a young lad, you just want to play. Hopefully the manager will have confidence in me to do that."