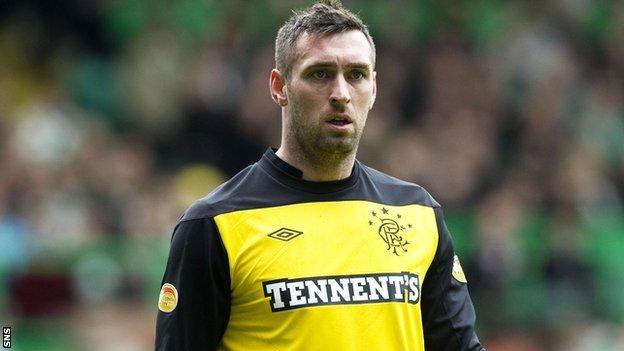 The deal for the 30-year-old was announced on the Besiktas website.

McGregor refused to transfer his contract to the Rangers newco when the previous Ibrox club could not be saved from liquidation.

Fifa have granted temporary clearance for other ex-Ibrox players who have found new clubs but the newco say they will continue to seek compensation.

"It's a big club with a big tradition," McGregor told the Besiktas website. "The fans will make a lot of noise in the stadium, so I'm very excited.

"It's a new challenge and I'm ready for it.

"I will give my all for the team. I don't like losing."

Besiktas, from the European side of Istanbul, finished fourth in the Turkish Super Lig last season.

However, the Black Eagles have been banned from European competition for one season due to financial problems.

Rangers have been McGregor's only permanent club, although he had spells on loan at St Johnstone in 2004-05 and Dunfermline the following season.

Edinburgh-born McGregor has been capped 21 times for Scotland.