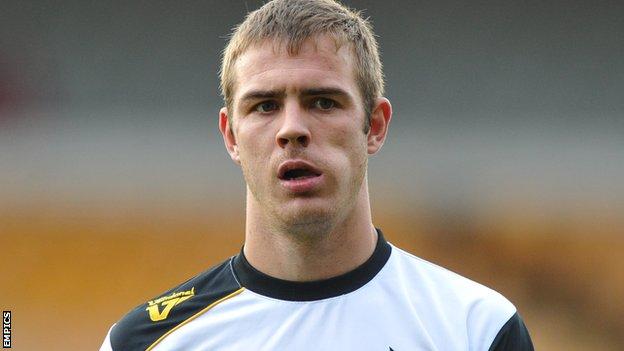 Port Vale striker Tom Pope says he is feeling well prepared ahead of the new campaign thanks to a strong pre-season.

The 26-year-old scored just five goals in 45 appearances last year, but has shown good form in pre-season including four goals against Athlone Town.

"I'm feeling sharper, so hopefully come the start of the season I'm fresh and raring to go."

He continued: "I was hoping [Micky Adams, manager] was going to break me in quietly but there's not much chance that's going to happen."

"You never have the same season twice, and this is a new season, people have got to expect more of you."

But Pope feels that this competition for places will be help to motivate the squad to improve.

"The gaffer's bought players in and got 20-odd players who are capable of playing in the squad.

"And everyone who is not in the squad is going to be disappointed that they're not."