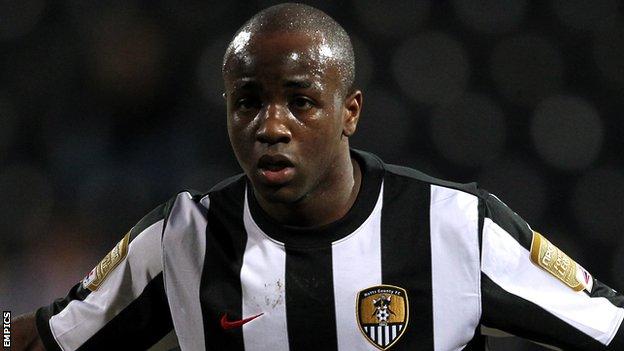 The former England Under-20 striker, 23, appeared in the Saddlers' goalless draw against AFC Telford on Tuesday.

He's a lively player with good pace and undoubted talent

And, after impressing manager Dean Smith, the free agent has joined the League One side on a permanent basis.

"He's lively with good pace, an undoubted talent who has unfulfilled potential, which we hope he will be able to fulfil here," said Smith.

"He will certainly offer us a different dimension and is a welcome addition."

He had loan spells at Swansea, Hereford and Gillingham and, following his release from Old Trafford in August 2010, went on to play for Notts County.

From there he joined Greek top flight side Panetolikos earlier this year but left without making an appearance.