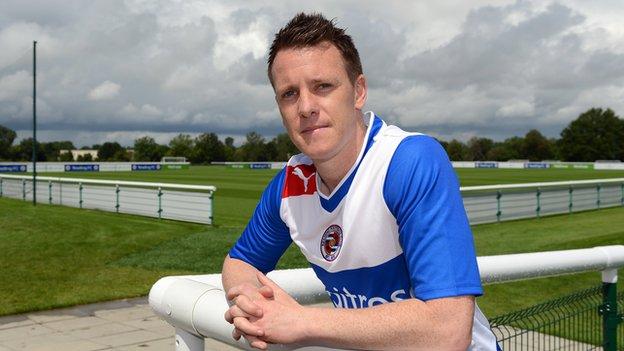 Nicky Shorey says the current Reading squad is the strongest he has seen in his time at the club.

Shorey, 31, is in his second spell at the Royals, having previously played for the club between 2001 and 2008.

And the left-back, who re-signed from West Brom earlier this month, believes the squad have a great chance of staying up in the Premier League.

"The manager has put together a very strong squad with competition in every position," Shorey told BBC Berkshire.

The Royals make their Premier League return, having won the Championship last season.

"It's the strongest squad I've seen at Reading," added Shorey, who is in Portugal for their pre-season training camp.

"We've got a great chance to do good things this season."