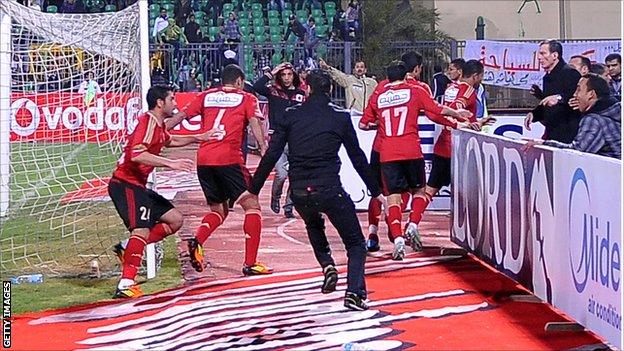 The Court of Arbitration for Sport (CAS) has overturned a one-year ban on Al Masry playing in the Egyptian league but upheld other sanctions against the club.

The court however did not give the reasons behind their decisions.

Al Masry were banned after more than 70 fans died at their Port Said stadium after violent clashes during a game against Al Ahly in February.

CAS also ruled that Al Masry will not be relegated on their return to action.

A four-year ban on the Port Said stadium stands and the club's fans will be excluded from all their 'home' matches for the first year of their return.

Their fans will be allowed to travel to away games but not for the next four games against Al Ahly, and those matches must be played on neutral territory at least 200km from Port Said and Cairo.

The league in Egypt is still suspended following the incident although the country's football association are hoping that it can resume on 7 September, with all games initially being played behind closed doors.