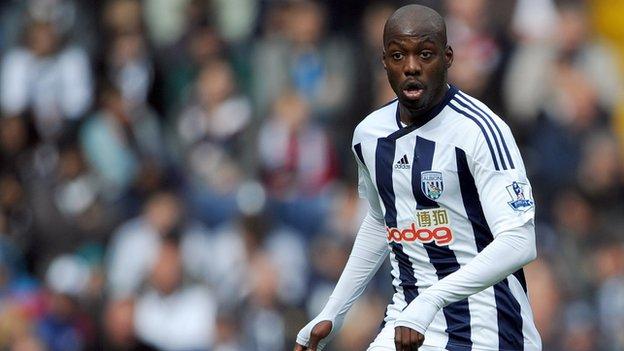 But he has decided to return after seeing an improvement in the organisation of international games by the DR Congo football authorities.

"I decided to end my international career due to the numerous problems we were facing with some authorities within the DR Congo Football Federation," he said on his website.

"During that time my goal was to raise awareness of the problems that hampered our national team from shining in various international competitions."

Mulumbu also feels DR Congo's failure to qualify for the 2012 Cup of Nations in Equatorial Guinea and Gabon was partly his fault.

"That situation profoundly saddened me during my absence," Mulumbu said. "Not seeing DR Congo qualify for the last African Cup of Nations was my personal failure."

Mulumbu becomes the second high-profile player that LeRoy has persuaded to return for the Leopards after Anderlecht's Dieumerci Mbokani ended his exile for the 2014 World Cup qualifiers in June.

He hopes the duo's return will inspire other Congolese players based in Europe, who have also been refusing play, to now rejoin the squad.

DR Congo host Equatorial Guinea on the second weekend in September in the first leg of the Cup of Nations qualifiers before travelling for the second leg in October.