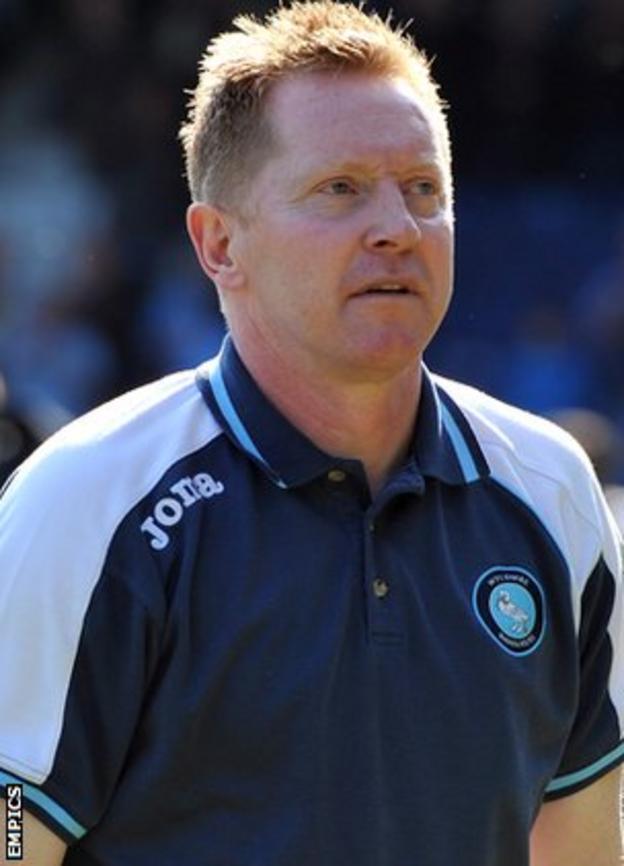 Wycombe boss Gary Waddock is planning to give youth a chance in the forthcoming League Two season.

Waddock has shaken up his squad following relegation last season, with six new signings arriving at the club.

But he is not overlooking homegrown talent and Anthony Stewart and Charles Dunne, both 19, featured in defence in Tuesday's friendly at Luton.

"And they've done that during the course of (pre-season) games they've been involved in - they've put in some very good performances."

Wanderers have closed their academy, but Waddock retains a commitment to bring on young talent and Stewart and Dunne are not the only youngsters in and around the first team squad.

"The opportunity is there if they put in the performances and work hard enough," he said.

The match with Luton ended in a goalless draw and Waddock, who played over 150 games for the Hatters in the 1990s, said he hoped they would finally regain their place in the Football League this season after another near miss when they lost to York in the Blue Square Bet Premier play-off final.

"I hope they can achieve promotion - I'll be looking out for their results like I always do.

"Paul (Buckle) has trimmed the squad but he's brought in quality players and I wish him all the best for next season with the new group of players that he's got," Waddock added.