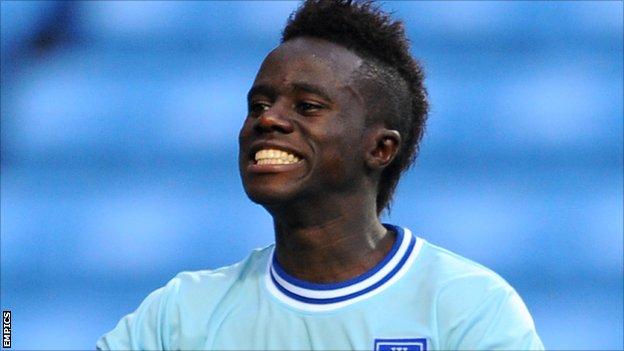 Gael Bigirimana has said he was shocked to learn of the interest from Newcastle United prior to completing his move to the Premier League club.

The 18-year-old midfielder impressed in the Championship with Coventry City last season, and signed a five-year deal with the Magpies in July.

"When I found out it was me they were interested in, it was a surprise," Bigirimana told BBC Newcastle.

"I'm just priviliged to be here at Newcastle and grateful to the club."

Bigirimana, born in Burundi, arrived in England with his family in 2004 and was taken on by Coventry after approaching the club for a trial aged 12.

His rise through the academy ranks was capped with 28 appearances for the Sky Blues and the Football League's Apprentice of the Year award.

And he is grateful to the club that handed him an opportunity to impress in professional football.

"I respect Coventry, but joining Newcastle is something that fits in with the journey," Bigirimana added.

"Coventry is like my family - the club, the city, one big family. It has a special place in my heart."