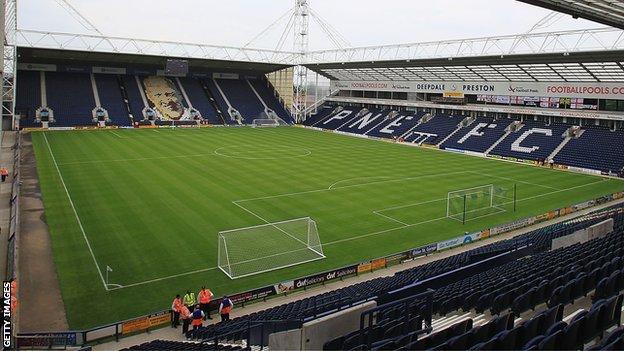 Boss Graham Westley has signed 12 new players this summer but has promised to strengthen the attack.

"We have over the last few days been negotiating for a particular player at a price that we think is realistic, Ridsdale told BBC Radio Lancashire.

"We ultimately know if we are going to get promoted this year we need to add to what we've got a goalscorer."

Former Swansea striker Lee Trundle agreed a one-year deal last week and David Amoo has joined from Liverpool, but so far the arrivals at Deepdale have been mainly defender and midfielders.

All of the signings made by Graham Westley so far this summer have been free transfers but Ridsdale is willing to pay a fee in trying to get a proven striker into the club.

"We have been trying during the whole of that period to find the targets that we had for goalscorers and we wanted them at the right price.

"That is our intention but it was to be the right person at the right price."