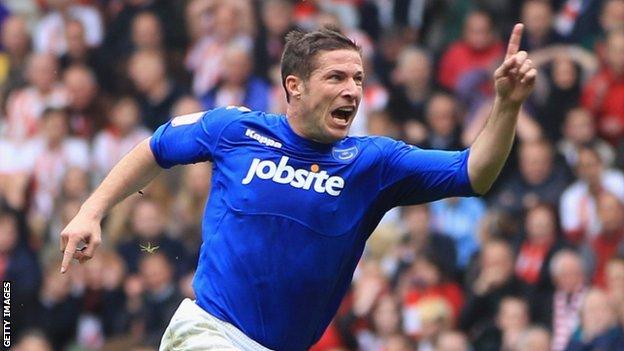 Earlier this week the cash-strapped League One club revealed they needed to get their eight remaining senior pros off the books or face closure.

Former Plymouth and Ipswich midfielder Norris, 31, has signed a three-year deal and moves on a free transfer.

"Neil Warnock will be delighted to have secured his services," Pompey boss Michael Appleton told the club website.

"He had a fantastic season for us - he was a pivotal part of the team as a midfielder who gets goals and he'll be a real asset to Leeds."

Administrator Trevor Birch has said Portsmouth will close on 10 August unless all the senior players left on their books leave the club or reach compromise agreements over their salaries.