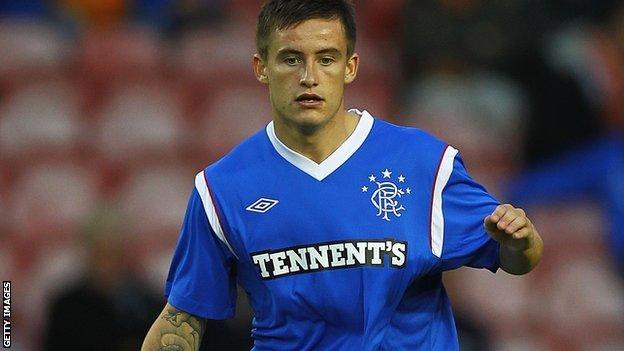 He made nine appearances for the Gers last season but opted against having his contract transferred to the newco following the club's liquidation.

"He's got a lot of raw talent and he's a real prospect."

He added: "There were a lot of Premier League teams chasing him and we're delighted he's chosen us.

"We sold him the ambition of the club and he liked what he saw here and what we are trying to do."

The 20-year-old is a Scotland Under-21 international, having made his debut against Italy in April.

Jones joined Wednesday from Scunthorpe last summer and made 37 appearances, as they gained automatic promotion from League One.