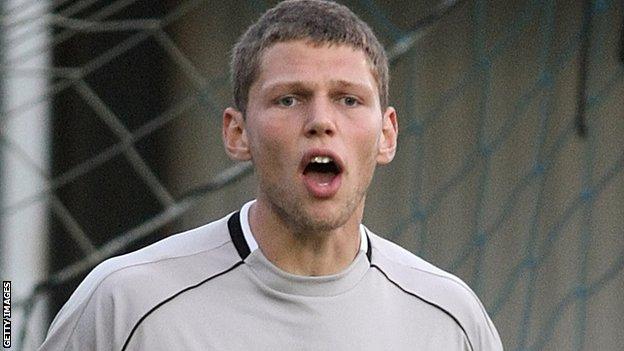 The Northern Irishman, 23, was released by Wycombe at the end of last season and joins after keeping two clean sheets during a trial spell.

He joined Wanderers in 2011 making the step up from semi-pro football where he worked as a barman at Wycombe's ground.

"He's vocal, dominates his area, is a good shot stopper and he's an imposing figure at 6ft 9in," said Rovers manager Ronnie Moore.

"He'll provide good back up for Owain Fon Williams and I'm happy he's agreed to join us."

He spent last season on loan at Oxford City helping the club win promotion to the Blue Square Bet North, conceding the fewest goals in the Southern League Premier Division.