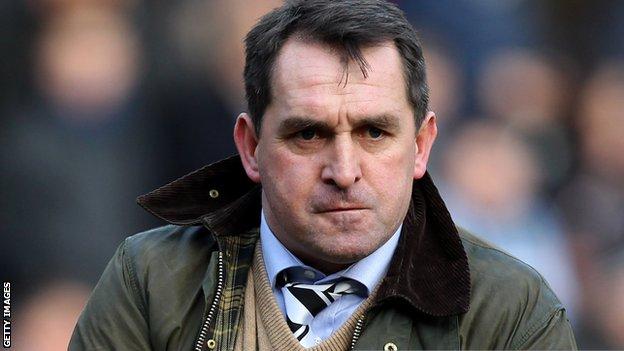 Gillingham manager Martin Allen says he is not worried about upsetting his senior players by blooding youngsters.

Allen told BBC Radio Kent: "I don't care who they are if they go in and play well. It doesn't matter to me if the senior players are not happy.

"We'll put in the players who will try and win us some points."

Allen added: "It's the same from the goalkeeper to the centre-forward."

Dack scored in the friendly against Dagenham last weekend and followed that up with four goals in 10 minutes in Gillingham's 7-1 win over Royal Engineers on Wednesday.

"He just kept scoring in training so we just put him in the team," Allen continued.

"Last year he got 26 goals last year in the youth team from midfield. I'm not sure we should get rid of him [on loan]."